There are many hymns and readings for religious ceremonies. Participants may read these at weekly religious services, at holidays, or during specific rituals including funerals. Funeral Hymns resonate with those in mourning and offer comfort to them as well.

The Funeral Zone, a UK-based blog, highlighted 10 hymns with which I was familiar. Below are a few which resonated with me, as well as others I have encountered.

The 23rd Psalm is commonly read at Jewish burials. Written by King David, it is an all encompassing reminder of God being present with you all the days of our lives. Even during tough times, such as mourning loved ones, it reads goodness and mercy will follow.

I heard Ava Maria at many Catholic ceremonies. I only knew it as a beautifully sung ballad when attending weddings. Those practicing the Catholic face, often recite Ava Maria, which translated from Latin, means “Hail Mary.” The hymn praises The Virgin Mary as the mother of Jesus.

Amazing Grace was a hymn I became familiar with in the African Methodist Church. Newton, the hymn’s author, was a slave owner. However, Newton reevaluated his life, and denounced his participation in slavery. Thus, this hymn is often depicted as Newton’s revelation of God forgiving him for participating in an inhuman practice.

It is Well with My Soul

I first heard “It Is Well With My Soul” at a Baptist church. A business man wrote this hymn shortly after losing his children in a tragic boating accident. Though his wife was also on the boat, she survived. Despite multiple tragedies in his life, he penned this hymn to give thanks to God for getting him through such difficult times.

No matter your affiliation, there are a variety of hymns to accompany your current reflections. Leave a comment with a hymn that you find comforting during a time of mourning.

Funerals and Football: A Conversation with Dexter David

Should I Tip the Funeral Director? 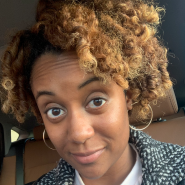 Staci is the office manager and the voice of Everdays. In her spare time, you'll see her in a cycling class at the crack of dawn.

Should Children Attend Funerals? 8 Ways You Can Include Them

What’s A Funeral Director, A Mortician, And An Undertaker?