Home » What’s A Funeral Director, A Mortician, And An Undertaker?

What’s A Funeral Director, A Mortician, And An Undertaker?

You’ve almost certainly heard the job titles, “funeral director,” “mortician,” and “undertaker” and you know they all have something to do with funerals and preparing bodies for rest. But what does each job do? What’s the difference between a funeral director and a mortician?

Knowing these differences comes in handy if you have to plan a funeral for your loved one.

What’s the Difference Between a Funeral Director, a Mortician, and an Undertaker?

The titles are all the results of changing perceptions of death in culture and increases in skillsets. They’re all the same job essentially, but each terms’ popularity occurred in different eras.

Despite common misconceptions, the word has nothing to do with being in the business of laying bodies under the ground. Undertaker refers to someone who undertakes a task. It’s a vague, catch-all term. The first appearance of the word in the context of deathcare became popular in the 17th century. Funeral undertakers were the funeral directors of their day. Eventually, “funeral” was dropped and undertaker became the official title.

After Abraham Lincoln’s assassination in 1865, the nation was in deep mourning. Lincoln’s body traveled from Washington to his hometown in Illinois. Mourners paid their final respects to the fallen president at special stops and embalming was necessary before the journey. The excellent preservation sparked a new trend that continues today.

Thirty years after that, The Embalmers’ Monthly began a search for a new title for their trade. The newest class were all well-trained in embalming and wanted to differentiate themselves from the deathcare workers of the past.  Someone suggested mortician from the Latin root “mort” meaning “death.”  However, some historians think the title change was a way to mask the nature of the profession.

By the 21st century, the manufactured term “mortician” fell out of vogue as well. Today funeral director is a much more common term for the profession.

A funeral director’s role is to provide support to the bereaved during initial stages of grief. They handle much of the logistics for the family, including arranging for the transportation of the body, preparing the body, filing death certificates or other legal paperwork, and arranging or directing funeral services. Qualifications vary depending on the state, but generally, a funeral director must have some higher education, a multiple-year apprenticeship, and a certification. 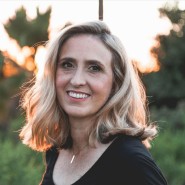 Stress From A Funeral And 7 Tips to Eliminate It

Jill Carbone, 1 year ago 2 min read
What to Do

Staci Bryant, 2 years ago 1 min read
What to Do

Funeral Thank You Cards: 3 Tips To Get You Started (Template Included)

Ann Lipton, 2 years ago 3 min read
What to Do

Announcing Death On Facebook: Is It The Right Medium For Grief?

Jill Carbone, 2 years ago 5 min read
What to Do

Minda Powers-Douglas, 10 months ago 8 min read
What to Do