How Many Hugs Do You Need A Day?

Receiving Hugs From My Students

How many hugs do you need a day?

That’s the number of hugs I get from students on any given day. I consider myself fortunate. Many people never get to regularly experience the reassuring and comforting embrace of another human being. If we understood the benefits of a hug, I believe we’d all be hugging a lot more and fighting a lot less.

Because I have the privilege of working with kids, I see firsthand how a hug can turn a child’s day around. After giving so many hugs, one begins to notice the signs that a hug is needed. The head hangs down like a branch burdened with heavy snow. The shoulders are slumped, the eyes cast down, and an aura of melancholy encases the child like the dirt and dust encircling Pig-Pen, the Peanut’s character. I muster up all the good vibes I can, put my arm around the child’s back, and offer a gentle squeeze and some encouraging words. The hug nourishes their system, and they are usually able to bound off to their next class.

Sometimes, I see a student approach me with a wide grin and bounce in their step. This student is having a fantastic day and has chosen to share the wealth. I sense immediately that they’re coming in for a hug. As I’m embraced, I’m refueled with positive energy and gratitude for my vocation. I can’t imagine receiving this mid-day, wellness tonic working in any other profession.

“Hugging is good medicine. It transfers energy and gives the person hugged an emotional life. You need four hugs a day for survival, eight for maintenance, and twelve for growth. Scientists say that hugging is a form of communication because it can say things you don’t have the words for. And the nicest thing about a hug is that you usually can’t give one without getting one. ” – Virginia Satir, an American author, and therapist

Studying The Significance of Hugging

Recognizing that my view on hugs is purely anecdotal, here’s what science tells us:

Hugging releases feel-good brain chemicals like oxytocin. Oxytocin is a neurotransmitter that acts on the brain’s emotional center, promoting feelings of contentment, reducing anxiety and stress. Hugging also stimulates dopamine and serotonin production in the body, increasing feelings of pleasure and enhanced mood.

A 2004 study found that students participate more in class when the teacher encourages them with a single touch on the forearm.

Hugs make us less susceptible to stress-induced illness according to researchers at Carnegie Mellon University. Research participants were exposed to the common cold virus. Those who received hugs were less likely to catch a cold. If they did get the virus, their symptoms were fewer.

Premenopausal women who received more hugs from their partners had lower blood pressure and heart rates.

“When you hug someone you love, do not just use your arms, use your heart too.” – Unknown

“Would You Mind If I Gave You Hug?”

Hugs feel good. They help prevent illness and reduce its effects, and hugs may act as a buffer from anxiety and depression. It’s important to be mindful; however, that not everyone is comfortable with hugging. Before offering a hug to everyone in your circle of family, friends, and coworkers, it’s a good idea to ask permission first. A direct, “Would you mind if I gave you hug?” is all that is needed before receiving the wonderful benefits of this simple gesture.

Cycle Of Grief: How Grief Changes Like The Seasons 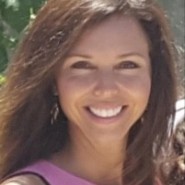 I’m Proud To Call You Mother

Why Planning A Funeral While Young And Healthy Is Smart Thinking

How To Let Go And Live Mindfully

Caregivers: Why We Should Thank These Unsung Heroes