How I Found Myself Developing A Death App

My father, Isaac ‘Ike’ Alhermizi, passed away on December 3, 2014. I always dreaded this day for I was very close with my father and it happened unexpectedly. But what I didn’t expect, and wasn’t prepared for was the added stress and anxiety resulting from the non-existent anything for letting people know what happened, and about the funeral and services.

When my father died I was in what I now refer to as “mourning fog”. I define it as the inability to perform necessary functions after the death of a loved one. These tasks needed to be accomplished but, somehow, my brain just couldn’t focus. I suppose I may have been so busy processing the death of my father that there was little room for anything else.

This became apparent and embarrassing when I found out that there were friends and family who had never heard about my father’s passing. Not only did my case of mourning fog let my family down, but I felt like I had let my father down. The one gift I wanted to give my dad was a respectful funeral that included all of his friends and family. My failure to notify important people in his life of his passing is one of my biggest frustrations.

Suggested Read: How Can You Make Sure Everyone Actually Knows That Someone Has Passed Away?

Because I am an entrepreneur, when I see a failure in a basic and inescapable problem, I see it as an opportunity to create something new. And because this was so visceral and emotional, it became a personal mission for me.

After life settled back down, a close family friend, Khal Hanna brought over some food one day and we started talking. I mentioned that I had been thinking of building an app that would make the notification process simpler, which led to further discussion about the challenges families face when trying to disseminate death notifications and information about funeral arrangements.

Dealing with the death of a loved one is difficult enough, but recounting the details of a death while listening to well meaning condolences can be physically painful.

Moreover, relying on word-of-mouth, the newspaper, or helpful friends to make phone calls is unreliable, and often too late.

This is how I found myself developing a death app: Requiem – A Simple App to Notify Important Relations When a Loved One Passes Away.

Requiem is a simple, yet powerful internet and mobile-based platform that automates the communication of everything related to a passing. However, Requiem does much more than inform family, friends, and associates about the loss of a loved one. It allows the user to create an everlasting digital memorial to share condolences and memories and invite close friends or family members to contribute. Invited contacts receive timely notifications about funeral information, and automatic updates when services or arrangements are created or changed. Nobody will ever be left out of the loop. Families can also accept and channel donations on behalf of their own family or charitable foundations.

Requiem was inspired by my father, and it is my tribute to him. I truly hope that it will help you and your family function through your mourning fog.

As of February 2017, Requiem has changed its name to Everdays. Everdays connects you with the people that matter most during life’s important moments. To learn more, visit our website or download our app, available on both iOS and Android.

What The Movie Coco Teaches Us About Living Meaningfully

How I Found Myself Developing A Death App 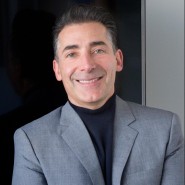 Father of four and founder of many through IZI Ventures, including Gas Station TV. Founder and CEO of Everdays. I care about community, business, and technology, and make these a priority within all of my ventures. Family is #WhatMattersMost to me.

Jill Carbone, 11 months ago 3 min read
How To Cope

Dunbar’s Number: How Many People Do You Impact In A Lifetime?

Ann Lipton, 2 years ago 2 min read
How To Cope

I Miss Someone I’ve Never Met

Jill Carbone, 8 months ago 5 min read
How To Cope

Why A Hug Is Important For Your Wellbeing

Jill Carbone, 1 year ago 3 min read
How To Cope

I See You: Being There Is Important

Jill Carbone, 12 months ago 2 min read
How To Cope

Quotes To Live By: 10 Quotes That Will Make You See Life Differently